The media reinforces stigmas around the adult industry, often brothels are portrayed as dark and dingy places, and sex workers as helpless victims that need rescuing from their scary predators. These lies and misconceptions are poisonous and fuel negative stereotypes. After all, the oldest profession in history can’t be so bad!

Below are some of the biggest myths that surround the adult industry, debunked:

This myth comes from countries where brothels are illegal and have to act outside of the law. It is true, where brothels are illegal, they have nowhere to turn for help which means at times they can become unsafe. However, brothels in New South Wales, Australia are decriminalised which means that they can contact and get support from the police if and when needed. A reputable brothel in NSW should always be Council approved.

With a decriminalised structure in place, there is greater transparency and brothels can be better regulated. This transparency and regulations create a safer environment for both the worker and the client.

Meeting up with a client independently is far more dangerous, both parties need to seriously vet the other to ensure they are safe to meet with and they must also agree on a safe place to meet, which can be difficult. All of these worries and uncertainties are removed in a reputable approved brothel.

Here at Ma Belle Cheri, we also have strict security measures in place including a vetting process at the door, a no tolerance for violence policy and security cameras throughout the building. 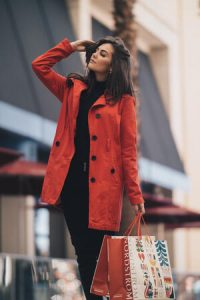 Myth #2 – People in the Adult Industry Are All Victims

Another belief that comes from the media is that people, especially women, need to be rescued from the industry that they have chosen to work in. Movies like Pretty Woman, Moulin Rouge and hundreds of other films that feature a sex worker as the main character all follow a similar narrative; a man rescues her from the sex industry so she can move up in the world and start her new life. This perpetuates the false notion that everyone in the sex industry is a victim that needs saving.

Women who have chosen to enter this industry have done so for a variety of reasons. These reasons are many and varied, from self-empowerment or perhaps reclaiming and accepting their sexuality, economic growth, financial freedom or perhaps flexible hours to suit their circumstances. These women have chosen this profession and don’t need rescuing, any more than a CEO needs rescuing.

The United Nations estimate there are 20,500 sex workers in Australia. Brothels in Australia work hard to make sure that their clients feel comfortable when they visit a brothel, without judgement.

“Sex work” is an umbrella term, describing the exchange of sexual services for money or other rewards. The use of the term “sex worker” over “prostitution” reiterates that sex work is work and sex workers are deserving of the same rights and protections as any other profession.

While this is the umbrella term used to discuss most exchanges of sexual services, each sex worker is unique, and some may prefer you use different terms. Some may refer to themselves as a Service Provider or a romantic companion. They may also refer to where they work as a brothel, a bordello or a gentleman’s club. 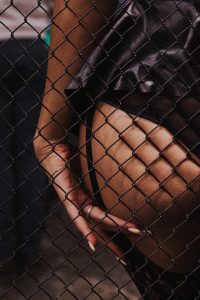 Myth #4 – People Involved in the Sex Industry Are Criminals

The general negative belief that surrounds sex work at its core is that those who pay for consensual sexual services are criminals and deserve to be treated as such. Often those who believe this, also believe that sex workers themselves are criminals and work for pimps who are also crime lords. This view often comes from western media that paints sex work in this light. Movies and TV shows that depict sex work often feature crime as a central theme, this increases the entertainment value, despite creating a false narrative about the sex industry.

The majority of people who visit brothels are normal, everyday people. There is nothing criminal about them and in New South Wales, where brothels are decriminalised, they provide a much-needed service and are not breaking any laws.

New South Wales has arguably the most liberal legislation on brothels and sex work in Australia and has been a model for other jurisdictions, including New Zealand.

Myth #5 – Brothels are Just for Men

While men are the majority of clients for brothels with 16% of Australian men paying for sex at least once in their life, they aren’t the only clients. Women also frequent brothels, sometimes by themselves or with their male partners.

They are more likely to mix between both female and male Service Providers. Brothels provide a safe environment to be comfortable with sexuality and physical intimacy, all clients regardless of their gender can let their barriers down and not be judged. 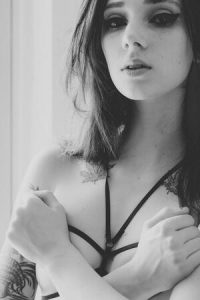 The idea that sex work is demeaning to women or that it is anti-feminist is antiquated. Feminists stand for the equality of both men and women and true feminists don’t exclude the voices of sex workers. The main argument feminists pose in favour of brothels is that we each own our bodies and should be able to do with them exactly what we want. Many feminists support sex worker activism against abuse by both the sex industry and the legal system.

One of the main arguments that feminists shouldn’t support sex-work is that typically that the set up allows for men to “purchase” women and instil dominance over them, however, this isn’t the case. Sex work can provide female empowerment and instil “a sense of self-worth, self-confidence, and self-esteem”. Those who work in brothels can find independence and sex work can help them find their sexuality, financial independence, freedom of lifestyle and expression.

If you’re looking for a brothel in Sydney that will respect your rights, Ma Belle Cheri is the place for you. Text Cathy or Kerry on 0488 811 165, alternatively, email ladies@mabellecheri.com.au.